Pranayama is from the Sanskrit words “Prana” which means breath or vital life force and “Ayama” which means “to extend” or “to control”. It is a technique or practice in the yogic tradition of controlled breathing to extend the life force in the body. Pranayama is believed to be an important part of Patanjali’s Yoga Sutras in Ashtanga Yoga. It is the fourth of the limbs mentioned in the sutras that provides guidance in living a meaningful life based on yogic teachings. 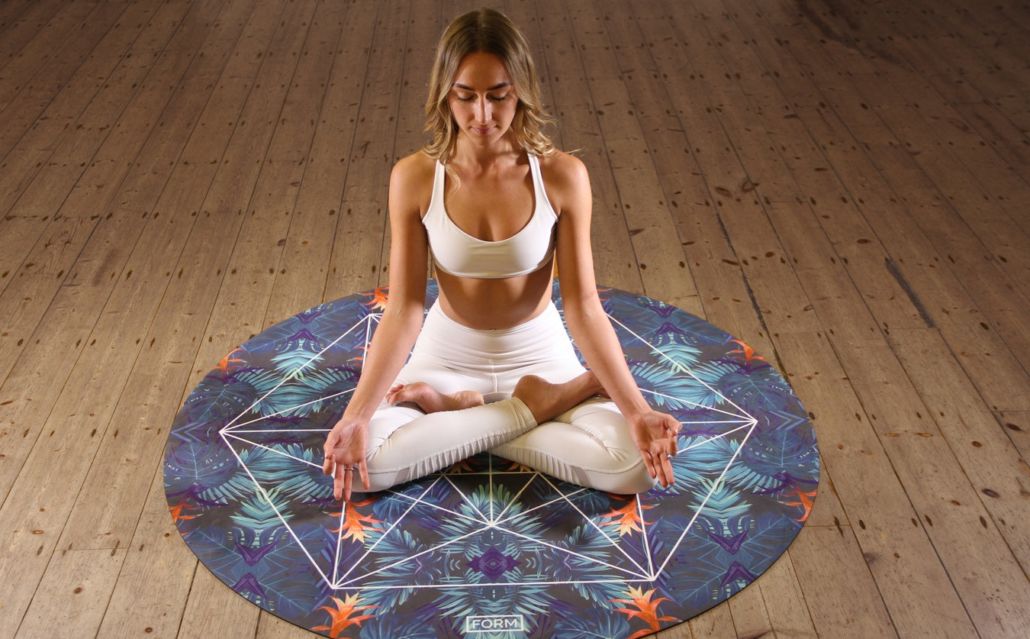 The Prana is being transported in the body through the Nadis or channels. Through these channels, the Prana can flow in five different currents: Prana, Samana, Apana, Udana, and Vyan. These five currents are categorized based on where the flow is going.

Bhramari Pranayama is also known as the Humming Bee Breath. This is a calming breathing technique and is called as such because of the humming sound it produces at the back of the throat during the practice, which sounds like the humming of a bee. This Pranayama came from the Sanskrit word Bhramaraka which means “bee” or “honey”. It is also linked to the word “Bhanvra” in Hindi which is a large black bee found in India. It is an effective breathing technique to use before meditating. It can be practiced at any time of the day, although it is recommended to be done in the early morning.

On practicing any Pranayama, make sure that it is under the guidance of a guru or teacher. Individual who has any illness should consult a doctor before starting the practice. Bhramari Pranayama should be done in an empty stomach. It should not be practiced by individuals suffering from heart problems. It should also be avoided by people with extreme high blood pressure or heart ailments, or someone with an ear problem.

If there is dizziness, stop the practice and breathe normally. During the practice, do not insert the fingers inside the ear. Gently press the cartilage and don’t put pressure on the face.

How To Do Bhramari Pranayama with Traditional Shanmukti Mudra

This can also be practiced with another variation of the Shanmukti Mudra, which is called the “Helmet Mudra”. The steps are the same as above, except for the placement of the hands. For the “Helmet Mudra”, follow these steps:

This breathing technique promotes blood circulation. It has a calming effect and helps the mind to focus. It is a good Pranayama prescribed by physicians to reduce stress, anxiety, depression, and other mental disorders. Because of blood circulation, it helps in maintaining blood pressure, reduce anger and decrease chances of heart attacks.

The calming effect of this Pranayama is also good for individuals with sleeping problems. Good practice in the evening before sleeping, it helps improve sleep with the low-pitch humming sound it produced and by quieting the mind. The sound produced also helps the individual develop positivity and spiritualism.

Indian medicine also recommends this breathing technique to prepare pregnant women in giving birth. When practiced regularly, it makes the childbirth easy for the pregnant woman.

Bhramari Pranayama helps alleviate headaches and migraines. It also helps in cooling the body and improves the functions of the pituitary and pineal glands. Body tissues are also assisted in healing and it helps strengthen the throat and its muscles.

1. Padmasana or the Lotus Pose

Sit on comfortably on the floor with crossed legs. The right foot should be placed on the left thigh and the left foot on the right thigh. Pull the feet closer to the body while the heel is facing upwards while knees are touching the ground.

2. Vajrasana or the Thunderbolt Pose

Kneel while keeping legs together and let the big toes cross each other. Lower the body so that the buttocks are resting on the heels. The heels should be slightly pointing outward. The thighs should be touching the calf.

3. Sukhasana or the Easy Sitting Pose

About Best In Yoga

Welcome to Best In Yoga! I’m Kelly, and together with my husband, we created Best In Yoga to provide you with helpful, relevant information about yoga, meditation, and wellness. Our goal is to share relevant and helpful articles, tips, and products that we have researched and/or tested.

We hope you love the products we recommend and review! In some cases, we may receive compensation for purchases made from links and reviews on our site. Your support is greatly appreciated!

Must Have Best Sellers