What is Om? You may have heard it at least once in your life but shrugged it off, didn’t think about it, or just tossed it aside? However, those who have explored their spirituality through yoga, meditation, Hinduism, and other Eastern philosophies probably have a general idea of Om. For one thing, it is often the first sound we hear during a yoga or meditation class. Why, though? What does it mean to begin with Om?

To others, this 2-letter, a 1-syllable word may seem insignificant and pedestrian, just one of those things “hippies” and “eccentrics” say or do. But those who do know what it signifies realize the magic and power that lies behind the syllable. Maybe even if you have heard of Om before and how it ties up with spirituality and mindfulness, I’m sure many of you haven’t heard of what it stands for, all its underlying meanings, and where it came from.

For those starting their spiritual journey or who want to dive deeper into their beliefs, here’s a complete breakdown of the mystery of Om.

Om is both a sound and a symbol and is considered sacred in both respects. It is used by people who practice Hinduism as a chant spoken on its own or as a precursor to other mantras like in “Om mani Padme hum (Hail, jewel in the lotus).” Om is used by believers not just of Hinduism but also those who adhere to Buddhism, Jainism, and Sikhism. It is even believed that the Amen of Catholicism and the Amin of Islam came from Om (“a-u-m”).

When written in Devanagari, the alphasyllabary of India and Nepal, Om serves as an icon placed in temples and scriptures of all Indian dharmas. However, there are variations to Om’s meaning when used by the different sects and cults that believe in its magic. Many believe that the Om vibrates at 432 Hz, or the musical pitch of the Universe, as compared to the 440 Hz frequency we get from modern music.

So, Om is the sound of the Universe. It is the sound that unifies all living beings and represents all points in time, all states of being, all levels, and Consciousness – basically, all that was ever is, and ever will be.

If you’re wondering where it all began, we can trace back the mention and use of Om in the Upanishads. These are ancient sacred texts written in Sanskrit and contain the main philosophies and concepts of Hinduism, and then later on Buddhism and Jainism. The three dharmas are connected by this text and influenced by Om as referred to by the Upanishads.

Om is mainly associated with the Vedanta school of Hindu philosophy, where Vedanta means “end of the Vedas.” Vedanta is an umbrella term that satisfies many sub-traditions. It focuses on the ultimate metaphysical reality (or Brahman), the individual soul or Self (also known as Ātman), and the ever-changing nature of the empirical world (or the Prakriti). Therefore, when taking Vedanta’s associations with Om, we can say that Om is an all-encompassing symbol for all spiritual concepts. Though it is more commonly pronounced and known as Om, the character is said to have three phonemes: “a-u-m.” These three sounds are said to be representative of the three stages of cosmic creation. Om is, therefore, a powerful prayer of sorts, is said to be the oldest sound in existence, and honors the mighty power of the Universe.

Many refer to Om as aksara, or a letter of the alphabet, while it is also sometimes called ekākṣara, which means pretty much the same thing. On the other hand, it can also be defined as omkāra, a word that means “divine female energy.” As a symbol, it encompasses a multitude of abstract meanings like “the infinite language” or “essence of breath, life and everything that exists.” Om represents the past, present, and future. It represents all of life’s modalities and greatest trinities: body/ mind/spirit, Father/Son/Holy Ghost, Brahma/Vishnu/Shiva, birth/ life/death, and so on. It is a single letter and three phonemes but can hold such significance and power over people who meditate using Om.

The Writing of Om

There are many different versions of how Om is written across cultures and other periods. As mentioned, the original symbol of Om is derived from the Devanagari script. However, it can be found in ancient civilizations like Sri Lanka, Thailand, Cambodia, and even China. The symbols vary, but all represent the same sound and the concept that underlies it.

If we focus on the Devanagari, Gujarati, and Historical Marathi versions of the Om symbol, solid interpretations of Om can be identified by breaking down its written script. According to many believers of the Indian dharmas, the symbol for Om can be divided into five different concepts: the Deep Sleep or Unconscious State, the Waking State, the Dream State, the Maya or the Illusion, and the Samadhi or the Absolute State.

In studying Om and the symbolism behind its written text, we should also take note of another important icon of Hinduism: Ganesha. Known for many names, this deity is best identified with his elephant head. He is said to be the son of Shiva and Parvati, and is dubbed as the “God of New Beginnings” and the “Remover of Obstacles.” Many scholars say that the physical form of Ganesha also shows the Om. The upper curve or the Unconscious State is the head or face of Ganesh. The Waking State is represented by his belly. Finally, the twisted curve or the Dream State is Ganesh’s trunk.

As a multi-layered, multi-faceted religion, Hinduism’s symbols are open for interpretation. There’s really no way to know for certain if these assumptions about the connection of Om and Ganesha are true. The next time you see the Om, you might want to squint your eyes a bit and see if the symbol fits Ganesha’s curves.

No other culture or religion is Om more deeply embedded than in Hinduism. The Devanagari form of Om can be found in temples and ancient texts. The Om originated, after all, from Hinduism’s Upanishads. In the text, Om is described as “the sacred sound,” “the finest essence,” “the ultimate reality,” “vehicle of deepest knowledge,” “the Ugidtha (song of the Universe)” and many more. According to the Chandogya Upanishad, the Om is the “highest song,” a symbol of reverence and the epitome of knowledge. The Maitri Upanishad emphasizes that meditating on Om is acknowledging one’s Self. The symbol of Om is also seen as the aid of the Self for introspection and self-reflection, as written in the Mundaka Upanishad. There are many more Upanishads that elaborate on the concept of Om, and it is in these texts of Hinduism that every other religion derives the significance of Om from.

Tibetan Buddhism is a school of Buddhism that is heavily influenced by Indian Hinduism. Om is also placed in the beginning of mantras and dharanis, another form of ritual speech. The six-symbol Sanskrit mantra, “Om mani Padme hum” is the mantra of those who have achieved Buddhahood. To Tibetan Buddhists, Om is the symbol for “wholeness, perfection, and the infinite.” Esoteric Buddhism and Tantric Buddhism also consider “Aum” a sacred symbol. These religions and philosophies share the belief of Om as “the totality of sound, existence, and consciousness.” Sikhism, despite being one of the youngest, is the 5th largest major religion in the world. Sikhism believes in one God, represented by Ik Oankar. This concept is related to the Om of Buddhism as Oankar is considered to be the equivalent of the Hindu Om.

Despite these similarities and connections, Buddhism, Hinduism, and Sikhism all vary in their philosophical traditions.

Also, if you are looking for the 5 prana vayus? If so, you’re in luck. There are many ideas about what they are, but the most popular theory is that they are the life force energy centers in our body. Each one of us has a different number and type of prana vayus, which affects how we feel and function. Finding out which ones you are can help you to better manage your health and energy. 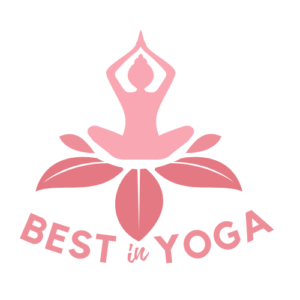